What does a photograph mean if the image is a lie?

STEPHANIE'S IMAGE premiered at the Landmark Opera Plaza Cinemas in San Francisco as a kick-off to the Vanguard Cinema distribution release.

"Well worth the journey for this subtle and unconventional drama delivers a thought provoking ending that is certain to stir discussion among filmgoers."

Melissa Leo won a 2011 Best Supporting Actress Academy Award, and a Golden Globe Award, for her performance in THE FIGHTER.  She won a 2009 Independent Spirit Award as Best Actress in FROZEN RIVER and also won Breakthrough Actor of the Year at the IFP Gotham Awards. 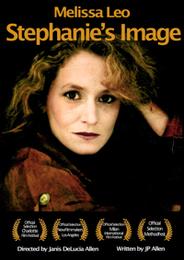 STEPHANIE'S IMAGE
A documentary filmmaker (Janis DeLucia Allen) investigates the murder of a former model (Melissa Leo, Academy Award / Golden Globe Winner) and finds that everything she's been told about her death is false.  This subtle and mysterious drama features an ensemble cast.
Directed by Janis DeLucia Allen
Written by JP Allen 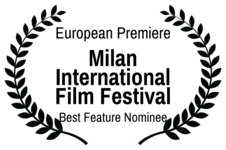