In memory of Charles Blackburn, Pat Everett and Steve Kang

DVD and Instant View available at:

Can you fall in love on the page?

A man falls deeply in love with a novelist that he's never met. He finds her at a coffeehouse and, despite her resistance, tells a mysterious and passionate story.

"Brilliant ... unpredictable sorties into words and ideas at their most liberating and emotionally striking." -- VARIETY

COFFEE AND LANGUAGE has been controversial from the first reading of the script - can a film focus primarily on language and dialogue and even include short stories that are read on screen?  Many feel the answer is "no" and we were urged more than once not to make this film.  Programmers have argued about it and sometimes audience members have walked out.  Some feel the basic idea is the opposite of cinematic art and more in the realm of the theatre.  While we understand the importance of the image, we (and other audience members) disagree - in narrative film, the image supports the story and therefore should be used as the story demands.

Black and white photography (nominee for Best Cinematography at the Hamptons International Film Festival) and limited camera movement are two of the deliberate tools used to focus this film on a love story between writers.  In fact, it's a Valentine for both writers and lovers. 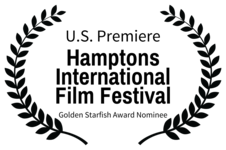 Audio Introduction to COFFEE AND LANGUAGE

And Worldwide Instantly at:

Coffee and Language, The Film 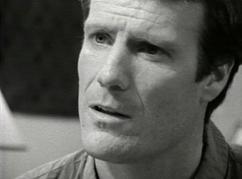