Everyone has their Demons . . .

LOVE AND DEMONS is perhaps the most visually aggressive of all ten C AND L feature films.  The script, a comedy, was written during the production of CENTAUR and has a similar structure.  In 2011, Canadian actress/playwright Lucia Frangione expressed interest in working on the project when she was starring in, appropriately, NO EXIT (Sartre's play about four characters trapped in hell), at American Conservatory Theater in San Francisco.  Chris Pflueger returns for his fifth major role with C AND L, and Arnica Skulstad Brown plays a lead troublemaker in this demonic romance.

English, French and Spanish subtitles at: 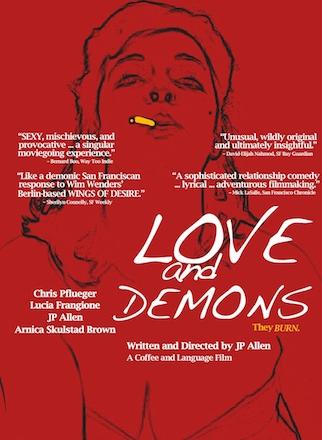 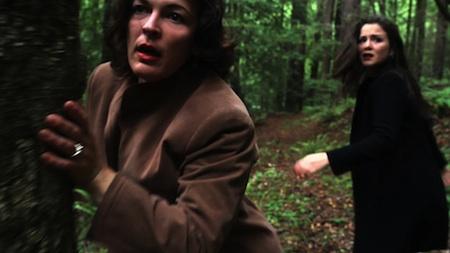 LOVE AND DEMONS ... they burn.

Written and Directed by JP Allen

"Like a modern-day version of something out of Grimm."
-- Pam Grady, SF CHRONICLE / Article/Interview

"Absolutely the funniest comedy in a long time . . . a fascinating script."
-- Lee Hartgrave, BEYOND CHRON / Review